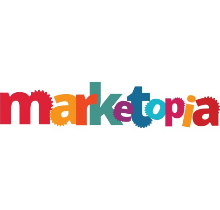 A Process worth the Upgrade

Challenge
Global Data Systems (GDS) wanted to increase the number of new leads they were getting with a more tried and true lead acquisition process.

Solution
To help generate and qualify more leads, we began by assigning a full-time level three business development representative. This BDR calls potential leads, learns about their needs and pain points, and then determines if they might be a good fit for GDS. Once the determination is made, the BDR sets up a technology survey on behalf of GDS. The Mach 4 plan revamped their website, improving the way they communicate their business practices and capabilities.

Results
When Joe Young, CEO of Global Data Systems, realized his business had stagnated on obtaining new leads, he was still reluctant to make a change at first. In the past, they tried doing their own appointment setting, emails and other marketing efforts in-house, but it didn’t work. “That’s not what we do,” Young stated. “We’d only get three to four appointments a week.” GDS then hired an outbound agency and stuck with them for nearly five years. They still weren’t getting the results they wanted. “I’m a pretty loyal guy, and I wanted to give them the benefit of the doubt,” Young explained. “We were spending a lot of money on glorified web hosting. When one idea didn’t work, they would just jump to something different.

Enter the email address that you signed up with and we will email you a password reset link.

Your session is about to expire.